11 Teams Ready to Tackle Not Your Ordinary Ruck4HIT Challenge Weekend 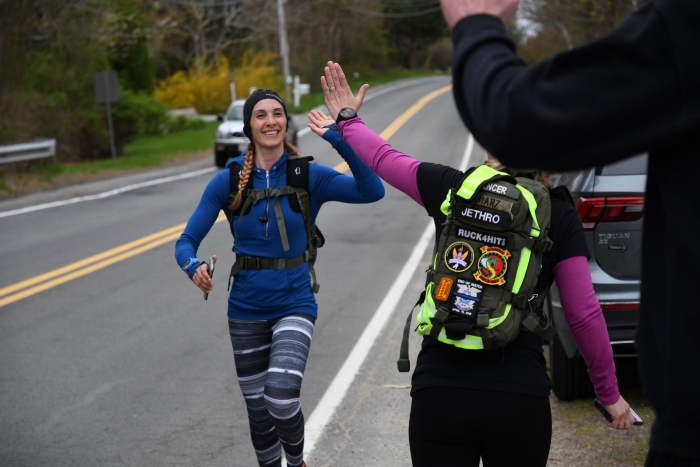 Across Cape Cod and throughout the country, individuals will test themselves physically and mentally this weekend as they pay tribute to the sacrifices made by our military.

They will ruck, walk, run, kayak, bike, hike, and Stand Up Paddleboard, all while wearing a rucksack on their back to symbolize the burdens our service members and veterans carry on behalf of our country. It’s all part of Heroes In Transition’s Not Your Ordinary Ruck4HIT Weekend which kicks off Saturday morning and ends on Sunday evening.

“Because this year’s Ruck4HIT is being held virtually, participants are deciding how they will honor those who are serving and have served our country,” said Heroes In Transition Executive Director Nicole Spencer. “This event is a reminder that there are those who have endured far worse to protect our freedoms. This weekend, our Ruck4HIT participants will take time to remember their sacrifices while giving back to veterans, service members, and military families in our region.”

Typically held the first weekend in May, Heroes had to postpone this year’s event to the last weekend in September and turn it into a virtual event, enabling anyone to participate anywhere in the world. People can still sign up as an individual or with a team by clicking the button below.

Funds raised from the Not Your Ordinary Ruck4HIT Weekend will go to support Heroes In Transition’s work which includes a range of programs for service members, veterans, and military families, including a Canine Co-Pilot Program, a Fall Couples Retreat, monthly outings for veterans, spouses and couples, a Families In Transition (FIT) equine therapy program, and financial assistance for veterans in need.

Locally, several teams are planning their own challenges, including a Saturday morning bicycle ride along the Cape Cod Canal; a 4-mile run in Mashpee; a 2-hour hike at Sandy Neck Beach; and a Sunday evening Stand Up Paddleboard session.

Among the groups participating is a team comprised of active duty Coast Guard members; a squad from RideAway Adventures in Mashpee and Sandwich; and a team based out of Rye, New York.

Tracey LaGrassa of Harwich, is captaining a contingent from the Barnstable County Sheriff’s Office which has competed in the annual relay race since 2017. Her colleague Joshua Straughn will be running from his hometown in Brewster to the Pilgrim Monument in Provincetown.

Despite living with multiple sclerosis, LaGrassa will do her part by bicycling 10 miles this weekend. “A lot of people don’t really know about PTSD and what veterans go through after they’ve served,” LaGrassa said. “This event raises a lot of awareness to these issues and Heroes do so much good for those that are in need. I love being a part of that and making a difference.”

For the second straight year, Matt Carroll of Falmouth will be running with United In Service. A Navy veteran, he said he supports Heroes because “I’ve seen the positive results of what this organization does. I’ve watched someone go from being on the verge of suicide to being a prominent member of society thanks to Heroes In Transition. Being able to help other veterans has inspired me to run in this event and give back to this organization.”

Started in 2016, the Ruck4HIT has traditionally been a relay race in which teams of runners run through each town on Cape Cod over the course of roughly 36 hours. Twelve runners and four support personnel participated in the first iteration which started at Ground Zero in New York City and concluded in Falmouth, 41 hours later.

The race expanded in 2017 with 12 teams taking part in the race which started in Bourne and ended in Mashpee. Since then, the race has taken place on Cape Cod, attracting participants from throughout the United States.

Donations to the Not Your Ordinary Ruck4HIT Challenge Weekend can be made by clicking this link. 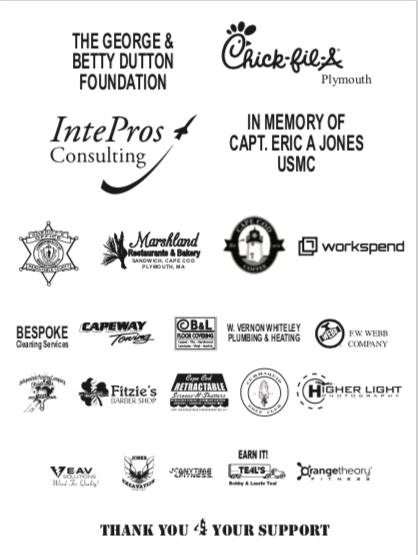