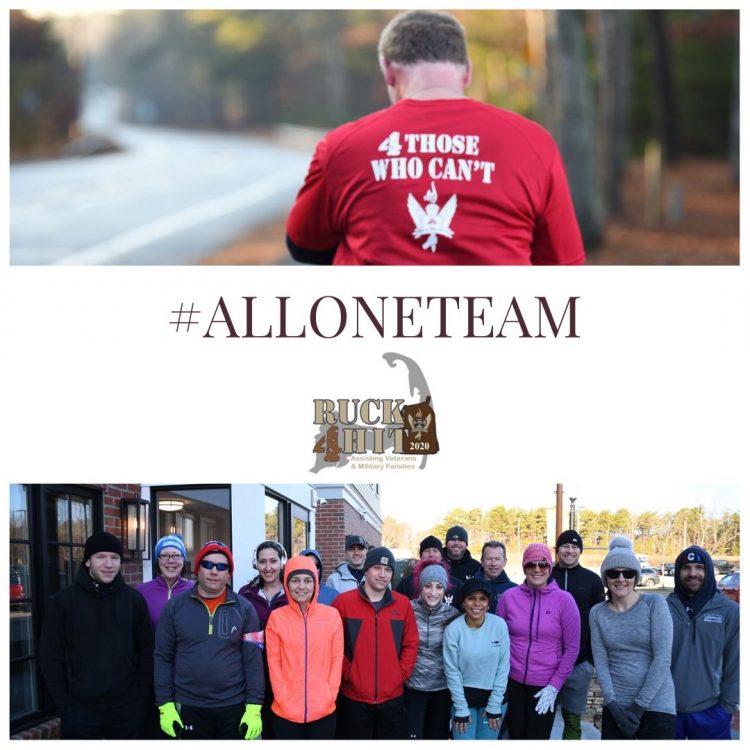 With the coronavirus pandemic impacting Cape Cod, Massachusetts and our nation, Heroes In Transition’s (HIT) has decided to postpone the 5th Annual Ruck4HIT, moving it from the first weekend in May to Friday, September 25 and Saturday, September 26.

“The health and well-being of everyone associated with the Ruck4HIT as well as the general public led us to this decision,” said race co-director Steve Spencer.

Since 2016, Heroes In Transition organized the race as a way to raise awareness to the sacrifices veterans and service members have made and are making on behalf of our country. The event also serves as the largest fundraiser for HIT.

Heroes In Transition was formed in 2009 following the death of U.S. Marine helicopter pilot Captain Eric Jones while he was serving in Afghanistan. HIT supports veterans, active duty military, and military families through a range of services that include: financial assistance; a canine co-pilot program; monthly outings for veterans, service members, military spouses and military families; a Families In Transition (FIT) equine therapy program; and Fall and Spring Couples Retreats.

Heroes will also fill in gaps in services when they aren’t being met through public means. Last year, Heroes stepped up to assist members of the U.S. Coast Guard when they were furloughed due to a budget impasse at the federal level.

“We anticipate that veterans and military families in our region will be impacted by our current situation and we stand ready to support them during this time,” said Heroes Executive Director Nicole Spencer. “We encourage any veteran or military family who needs our help to reach out to us immediately. We will be working closely with our community partners to ensure our country’s heroes receive the help they need and deserve.”

Nicole Spencer said Heroes will use the coming days and weeks to identify veterans and military families in need and ways the organization can support them.

Planning, fundraising, and training for the Ruck4HIT will take a short hiatus until the current situation is resolved.

“We want everyone to take a little breath and be with their loved ones during this time,” Nicole Spencer said. “We often refer to ourselves as the HIT family and I believe that is true. Everyone involved in the Ruck4HIT, from the committee to the runners to the volunteers to the sponsors, we really care about one another. Because of that, we all need to focus on our loved ones at this time.”

This year’s Ruck4HIT had a record 15 teams signed up to participate.

The race takes place over the course of two days with runners wearing a 20- or 30-pound rucksack on their back for 2- to 4-miles before switching with a teammate. Teams start at the Courtyard Restaurant & Pub in Bourne and run roughly 220 miles through every town on Cape Cod, ending at Cape Cod Coffee Café in Mashpee Commons.

The organization has also pushed back the application deadline for its Ruck4HIT Scholarship to late spring. The two $2,500 scholarships are given to graduating seniors on Cape Cod whose parents or legal guardians are veterans or currently serving in the military.

Anyone interested in learning more about the Ruck4HIT and how they can be involved in the race should email contact@heroesintransition.org.

Applications for the Ruck4HIT Scholarship will be posted on our website shortly.