Heroes Welcomes Kristen Boyd to Its Board 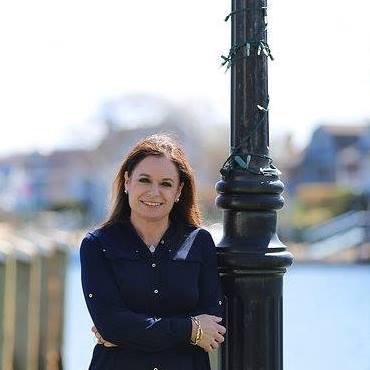 Heroes In Transition (HIT) has strengthened its leadership, adding civic-minded Kristen Boyd of Mashpee to its Board of Directors.

“We are so excited to welcome Kristen to our board. She has been a longtime supporter of our organization and is passionate about the work we’re doing to help veterans and military families in our region,” Executive Director Nicole Spencer said.

“I have always been so amazed by Cyndy and Ken Jones, who in spite of their profound loss showed so much grace, love and a desire to help others that they started Heroes In Transition,” said Boyd. “Freedom isn’t free and we owe a collective debt of gratitude to all our veterans and their families for their service and sacrifice. I love that Heroes supports veterans and military families on so many different levels and so many ways and I look forward to working with my fellow board members to contribute to our continued success.”

Kristen holds a Bachelor of Arts in English from the College of the Holy Cross in Worcester, and a Master of Arts in teaching from Sacred Heart University in Fairfield, CT. She spent several years teaching preschool, first, and second grades in private and public schools in Connecticut and Massachusetts.

Along with her husband Christopher Boyd, Kristen co-owns Asset Management Resources, LLC, an independent, registered investment advisor firm with offices in Hyannis and Dedham. She serves as its Investment Advisor Representative.

Kristen is actively involved in several local organizations, serving on the Board of the Cape Cod Firefish swim team, the Women’s Club of New Seabury, and as a Eucharistic minister at Christ the King Parish in Mashpee. From 2014-2019, she served on the School Council Board for the Mashpee Middle-High School and, from 2012-2017, on the Mashpee Middle-High School Boosters Club Board. She has been recognized for her community involvement by Mashpee Public Schools which has twice presented her with its Volunteer of the Year award.

The Boyds have three children, James, Ryan, and Caitlin.