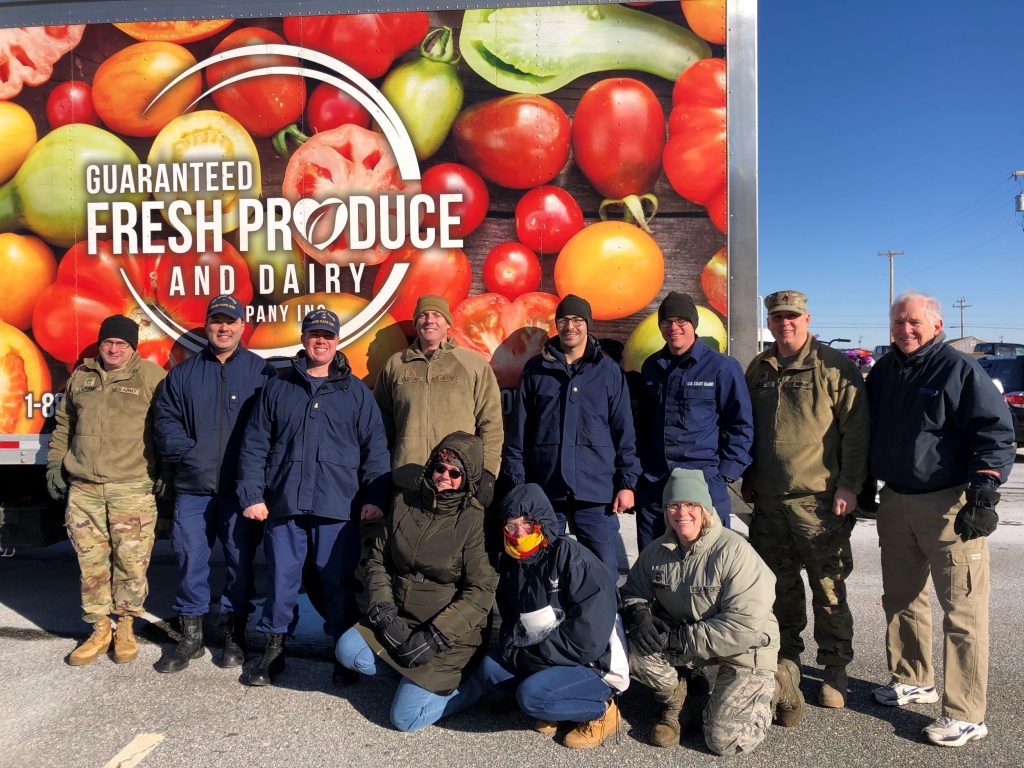 The boxes were delivered Thursday morning by Guaranteed Fresh Produce & Dairy Company of Hyannis and included a full Christmas meal along with fresh fruits, coffee, apple cider, cake mix, and a $50 gift card for each family. The annual tradition has quickly grown in size, from 35 boxes in 2017 to 100 this year.

Along with the gift packages, 30 bicycles were included, courtesy of Seaside Le Mans and The Davenport Companies of South Yarmouth. HIT was one of five beneficiaries of this year’s Seaside Le Mans race.

“It is always an honor to give these holiday packages to military families in our region, some of whom may be away from their loved ones this season,” Heroes In Transition Executive Director Nicole Spencer said. “It is particularly meaningful knowing there are more families this year who are in need of assistance throughout all branches of the military.” 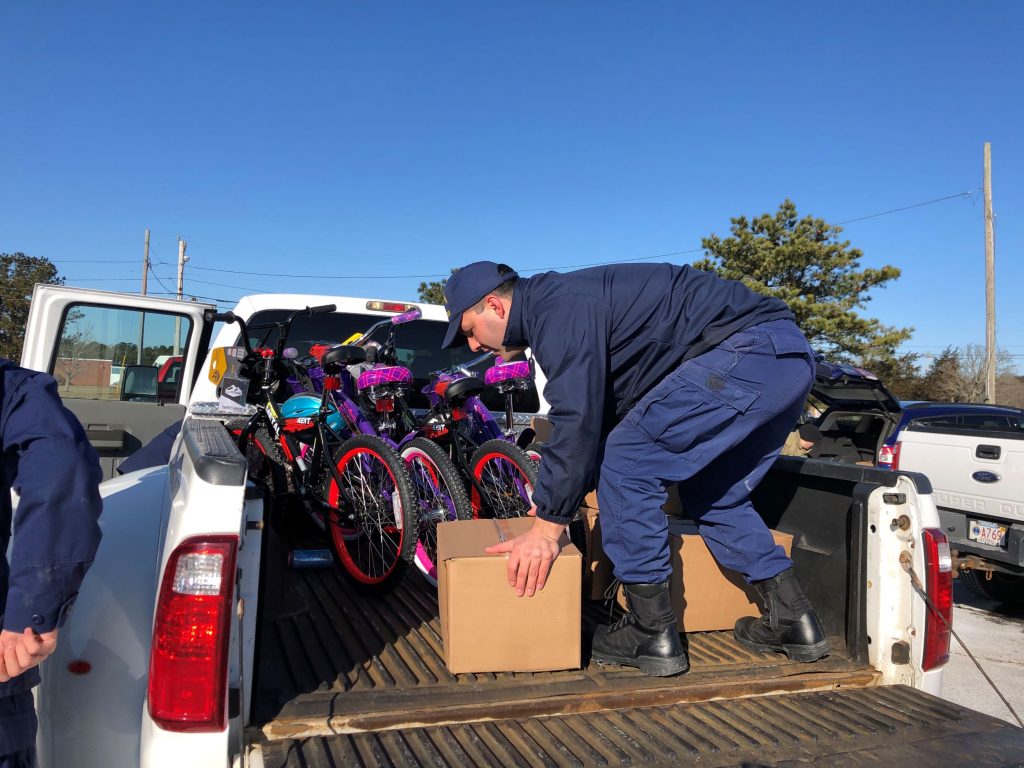 Erin K. Faye, Airman and Family Readiness Program Manager for the 102nd Intelligence Wing and Massachusetts Air National Guard, said this week’s donations are just the latest example of HIT’s longtime support of the military and veteran community in our region. “HIT offers unique programs which honor our service members and their families as well as the experiences and sacrifices of our military community,” Faye said. “The Cape is fortunate to have such extensive opportunities available that are provided through the compassion, vision, and generosity of the HIT team and its many donors.”

This is the third straight year that Guaranteed Fresh Produce has participated in the gift package deliveries. Owner Adam Weiner expressed pride in his company’s continued involvement in the annual tradition. “We enjoy being able to go down there and present these gift boxes to our military,” he said. “It is always so satisfying to help out Heroes In Transition. They do such a tremendous amount of work to support our military and our veterans. This is one way we’re able to give back and support our community.”

Want to support more initiatives like this which give back to our service members, veterans, and military families? Consider a year-end donation to Heroes In Transition. Click here to make a gift.