While this year’s Falmouth Road Race At-Home Edition allows participants to run or walk 7 miles at their own pace, there’s a good chance few will follow in Jason Chorches’ footsteps.

Instead of running the race on land like most people, he did so this morning on water. Technically, he didn’t run, but rather Stand Up Paddleboarded (SUP) around Waquoit Bay.

“I’m going to do a seven-mile paddle,” he said on Friday, explaining that he prefers SUPing to running. “It allows me to enjoy what we who live on the Cape get to have all the time. It is just being in touch with the water and kind of like you’re standing on water when I go out. It is a good stress reliever, a good way to clear your head, and have a good workout.”

That’s not to say he hasn’t run the Falmouth Road Race before. The last time was in 2012 on the 40th anniversary of the race. It was the same year Chorches turned 40 and when he selected the iconic race to mark his own personal milestone – his 40th time running a race.

Since then, Chorches has remained committed to his behind-the-scenes role at the Falmouth Road Race where he has volunteered for over 18 years and where he serves as an organizing chair. It’s where he got to know our own Executive Director Nicole Spencer who previously served as the road race’s volunteer coordinator.

Through that relationship, Chorches became connected to Heroes In Transition, sitting on our Ruck4HIT Organizing Committee and volunteering at both the start and end of the 220-mile relay race. 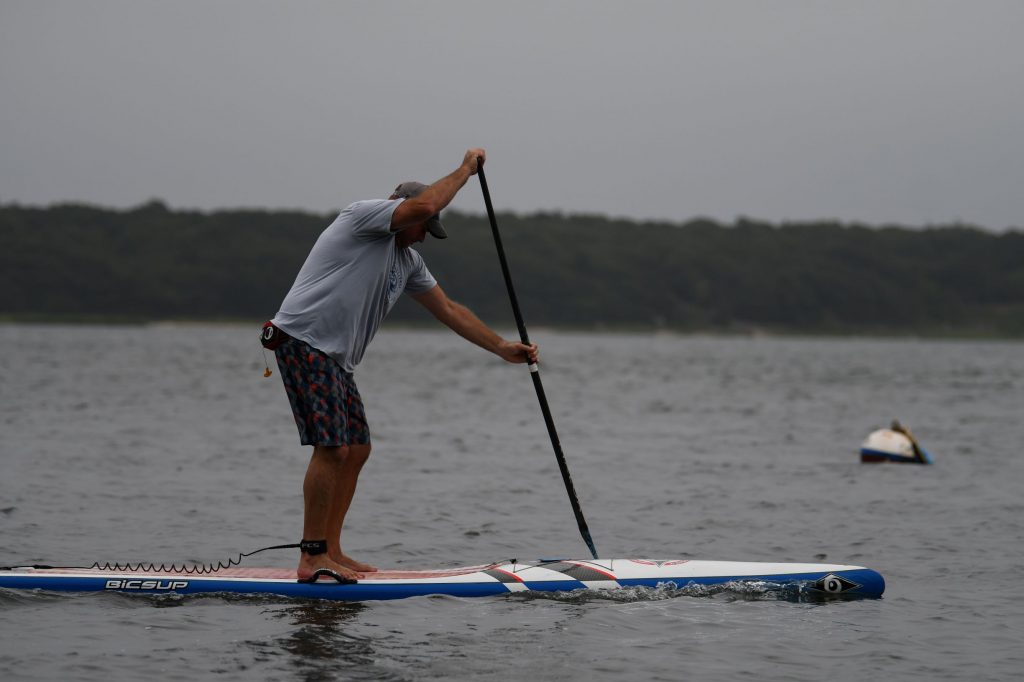 He noted the similarity between the Falmouth Road Race and the Ruck4HIT – both races instill a sense of community, not only among participants, but those who help to organize it. “I think close to 2,000 people volunteer for the Falmouth Road Race and it gives so much back to the community. Inside that, we have a group there that is a family of people who put on the race,” he said. “It’s kind of what has happened with the Ruck4HIT. There’s a core group of people who work really, really hard to put on this event for Heroes.

“Being part of a group of people who put on an event is kind of cool,” he continued. “It is fun… You’re a part of the process.”

Because the pandemic has impacted so many events like the Falmouth Road Race, Chorches decided to use the virtual iteration as a way to support Heroes In Transition’s work. “Obviously, it’s a very unique year in not being able to hold the Ruck,” he said. “I felt this was an opportunity for me to do something different while supporting Heroes.”

And so this morning, he jumped on his SUP and pushed himself physically for a cause he believes in. “I know where the funds I’ve raised are going and I’ve got to meet some of the people it benefits,” he said. “I think it’s a great thing – it’s very much keeping it local.”

By the end of the day, he hopes to more than double his $500 fundraising goal; he is currently at $925. “I always told my kids, why we do things like this — it is good for your soul,” he said.