Not Your Ordinary Ruck4HIT Challenge Weekend Set for September 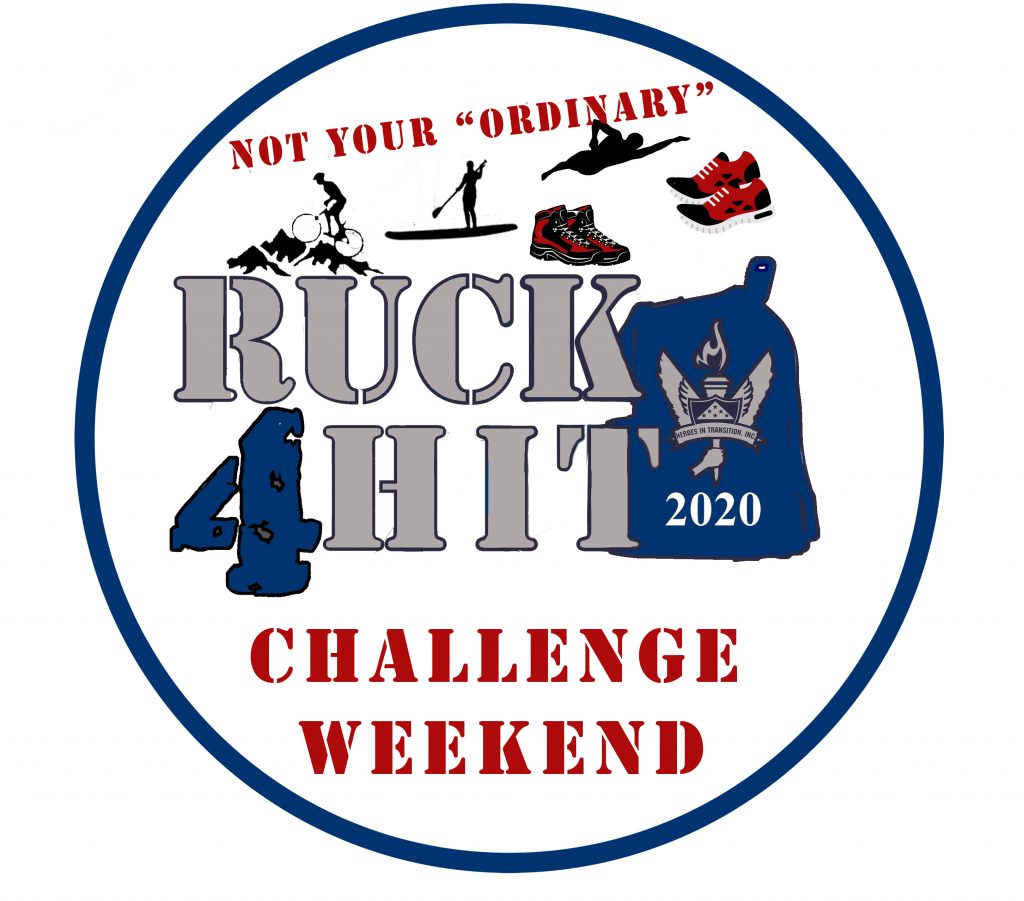 After postponing the 5th Annual Ruck4HIT from the first weekend in May to the last weekend in September, Heroes In Transition (HIT) is reimagining the event, turning it into a virtual challenge that will enable anyone to participate anywhere in the world.

While the relay race has focused solely on running with a weighted backpack, organizers will allow participants to set their own physical fitness challenge when the virtual event kicks off on Saturday, September 26 and concludes the next day.

“People can choose to run, ruck, SUP, kayak, swim, bike, hike or choose their own activity that allows them to honor those who are serving and have served our country,” said race Co-organizer Steve Spencer. “This has not been your ordinary year which is why we are dubbing this the Not Your Ordinary Ruck4HIT.”

At RideAway Adventures, owner Michael Morrison and several members of his staff are looking forward to adding new components, including kayaking and Stand Up Paddleboarding to go along with rucking, when his team competes in next month’s challenge. “We’re obviously disappointed in the circumstances that the Ruck4HIT had to get cancelled in the first place, but all of us are super excited to have a team event like this,” he said. “It’s kind of nice, especially in this atmosphere, and we get to do it for such a great cause.”

Anyone interested in participating individually or with a team in this year’s Not Your Ordinary Ruck4HIT Challenge Weekend should contact ruck4hit@gmail.com or click this link to register now. Participants are asked to wear a rucksack or something similar to symbolize the burdens members of the armed forces carry with them in service to our country.

Started in 2016, the Ruck4HIT has traditionally been a relay race in which teams of runners run through each town on Cape Cod over the course of roughly 36 hours. Twelve runners and four support personnel participated in the first iteration which started at Ground Zero in New York City and concluded in Falmouth, 41 hours later.

The race expanded in 2017 with 12 teams taking part in the race which started in Bourne and ended in Mashpee. Since then, the race has taken place on Cape Cod, attracting participants from throughout the United States.

This year’s race was originally scheduled for the first weekend in May. Due to the pandemic, it was postponed until September.

Several current and past Ruck4HIT participants still ran individually in May, logging over 1,500 miles collectively in 60 hours, while helping to raise over $40,000 in support of Heroes In Transition’s work which serves veterans, active duty military, and military families throughout Cape Cod and the Islands as well as Southeastern Massachusetts. U.S. Army Captain Brian Calandra led a team of fellow soldiers stationed in Egypt who ran 256 combined miles around their base that weekend.

HIT Executive Director Nicole Spencer joined in on the unofficial competition, running 60 miles over the course of three days.

In September, she will test herself again when the Ruck4HIT takes place virtually. “This event serves as a reminder that there are men and women who endure far worse, day in and day out, in service to our country,” Nicole said. “We run for them. And we raise funds to ensure that Heroes In Transition can help them recover, heal, and move forward with their lives. Today, the need to support our veterans and military families is greater than ever with all that has gone on over the past five months.”

Since the pandemic started, Heroes has been offering virtual support to those it serves. In late June, the nonprofit began to safely offer a variety of in-person events, including kayaking for military couples, a hike for military spouses, and its annual Families In Transition (FIT) Week which allows military families the opportunity to care for, bond, and ride horses over the course of five days during the summer.

Companies interested in serving as a sponsor should email contact@heroesintransition.org.