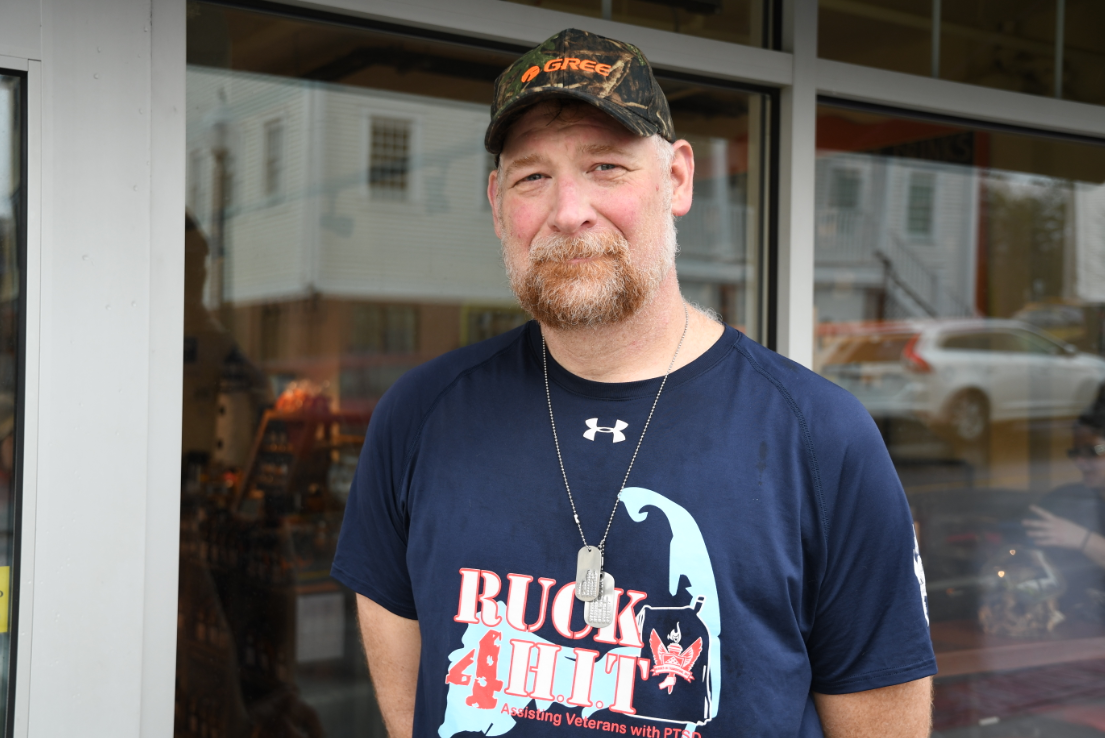 Around Chris Mitchell’s neck are two dog tags. On them are inscribed the names of his parents – Donnis and James Mitchell.

Though no longer here, Chris will carry them in his heart when he runs his fourth straight Ruck4HIT this weekend. “They mean everything to me,” he said inside Cape Cod Coffee on a Saturday morning in April. “They both died really young and they were great parents.”

Chris grew up “an Air Force brat,” the son of a Vietnam veteran who enlisted at the age of 17 and who spent 20 years in the military. It was his father, he said, who pushed him through the first Ruck4HIT when one team of 12 runners and four support personnel ran 275 miles from Ground Zero in New York City to Falmouth in 2016.

Just two days prior, Heroes In Transition Executive Director Nicole Spencer needed an extra runner so she tapped her son’s baseball coach. “I had never run with a pack before that,” Chris laughed. “I wasn’t prepared for that. It was harder than I thought.”

As to why he put himself through the physical pain that comes with the grueling race, he attributed some of it to Nicole’s tenacity: “I mean you can’t really say no to her.” 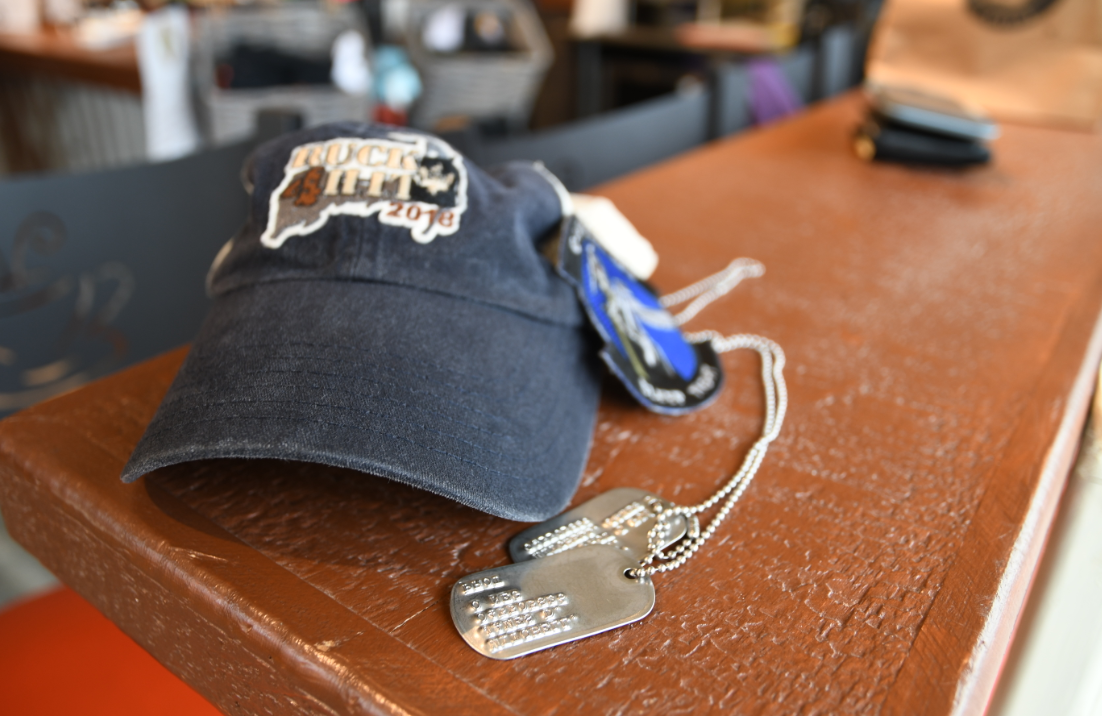 He was also inspired by his father who died in 2001. “I do a lot of this in memory of my dad,” Chris said. “He’s pushed me through a lot of these.”

Also pushing him is his wife Wendy who has driven the past four Ruck4HITs; the last three have been with Team Mitchell which won last year’s race.

She has been there through those difficult moments – “the hills at two in the morning,” Chris said are the worst part of the race – to the highlight which is the finish on Saturday afternoon. “No matter what, when you’re crossing the finish line as a team, it is a huge accomplishment,” he said. “It’s incredible.”

Like he has the past three years, Chris will cross that finish line on May 4 wearing two dog tags underneath his “Earned It” Ruck4HIT T-shirt. The names on those dog tags are why he runs – for Donnis and James Mitchell.

To support Chris Mitchell during this year’s Ruck4HIT, click this link.