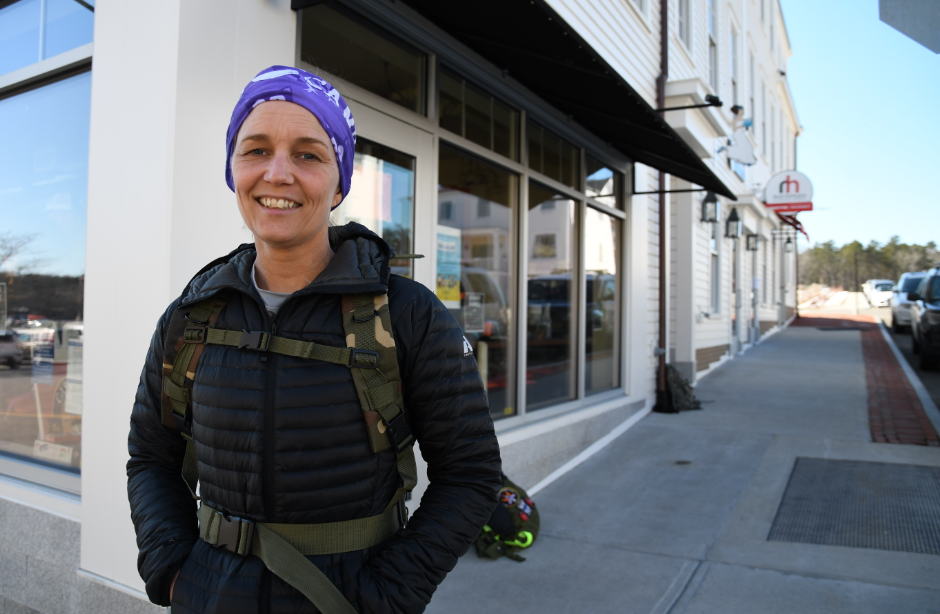 To say this is a busy spring for Lindsey Mahoney is an understatement.

It started on March 24 when Mahoney ran the Napa Valley Women’s Half Marathon in California.

The next weekend, she took a short break from running to chaperone her daughter Madison’s trip to Washington D.C. with the Falmouth High School band – Mahoney is president of the Falmouth Band Parents Association – before she tackles her first-ever Boston Marathon on Patriots’ Day.

Less than three weeks later, she will spend 36 hours running her second straight Ruck4HIT with Team Mitchell at the beginning of May.

Depending on how she feels, she may add the Ragnar Cape Cod the following weekend to her growing list of races. Throw in the Falmouth June Jog on June 3, the Beach and Back Half Marathon on June 9, the Falmouth Flag Day 5K on June 16, and the Zooma Cape Cod Half Marathon on September 29, and it makes for a full calendar for someone who only recently returned to running.

It shows just how far Mahoney has come since she seriously took up the sport in 2014. “I had been a runner in middle school and high school and ran on and off in my 20s and 30s,” she said. “After I had my last kid [in 2013], I started running again. I saw a lot of women I went to high school with doing it and thought, ‘If they can do it, I can do it.’”

While she has run a variety of races of all shapes and sizes over the past five years, it is the Ruck4HIT that has been the most rewarding. “Just seeing everything Heroes In Transition does for the community has solidified why I am running,” she said.

Mahoney acknowledged the Ruck4HIT, in which participants run with 20- to 30-pound rucksacks on their backs, is not for the faint of heart. “My motto is that it’s the hardest thing I’ve ever done and I’ve had five natural child births,” she laughed, before turning serious: “It’s completely the hardest thing I’ve ever done, but it is so rewarding and it is so worth the sweat and the pain and the two sleepless nights. It is completely worth it.” 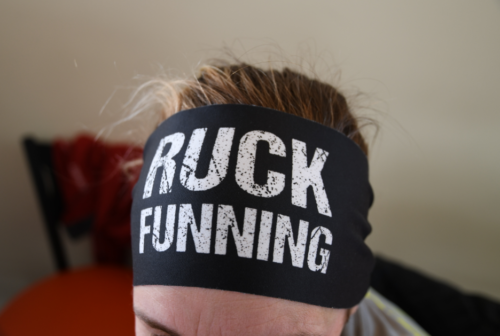 Part of the reason it’s so meaningful is that Mahoney understands the sacrifices our service members are making on behalf of our country. Her dad served in the U.S. Navy for 21 years while both her grandfathers, her uncle, and her cousin all have served. “My family has a strong military background so anything I can do to support those who have been in the military or are in the military, I will do,” she said.